I was brought up on a farm in Zimbabwe and as far back as can be remembered have had a passion for the outdoors, including conservation, hunting and fishing. I am always the happiest when I am out in the bush. My school holidays were always spent pursuing my passions.

After school I became a Game Ranger, first at a private estate bordering Kruger National Park in South Africa and there after I joined the Game Department in Zimbabwe for 7 years. During my tenure here I gained vast experience with the hunting of dangerous game as I was heavily involved with the hunting and culling of dangerous game, mainly reducing over populations of elephant and problem animals – stock/crop raiders and pursuing others that had killed humans. I have personally shot well over 1 000 elephant and many buffalo, lion and leopard.

After leaving the Parks Department I joined a wild life management organization in the lowveld of Zimbabwe where most of my duties involved the capture of crocodiles and further culling of elephant, hippo, impala and zebra, both in Zimbabwe and Mozambique. I culled over 600 hippo, over 6 000 impala and hundreds of zebra.

During 1988 I joined Hunters Safaris (jointly owned by Barrie Duckworth and Roger Whitall) as a PH.  After 20 years hunting mostly in Zimbabwe and Mozambique with them I finally headed off by myself to hunt in the Bubye Valley Conservancy. I am firmly established here and most fortunate to be operating in arguably the finest concession in Africa. For many years over 80% of my business has been repeat clients. 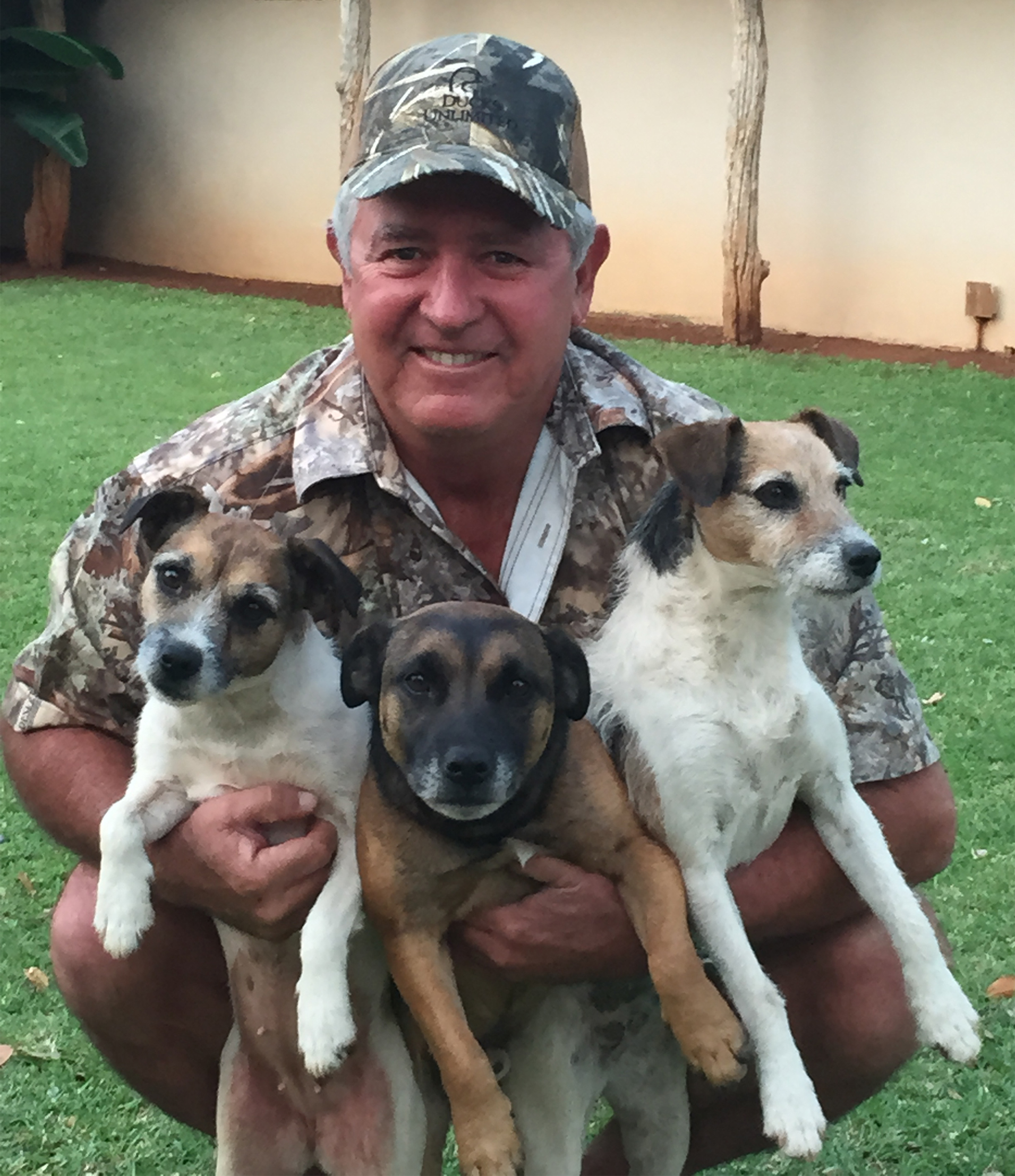