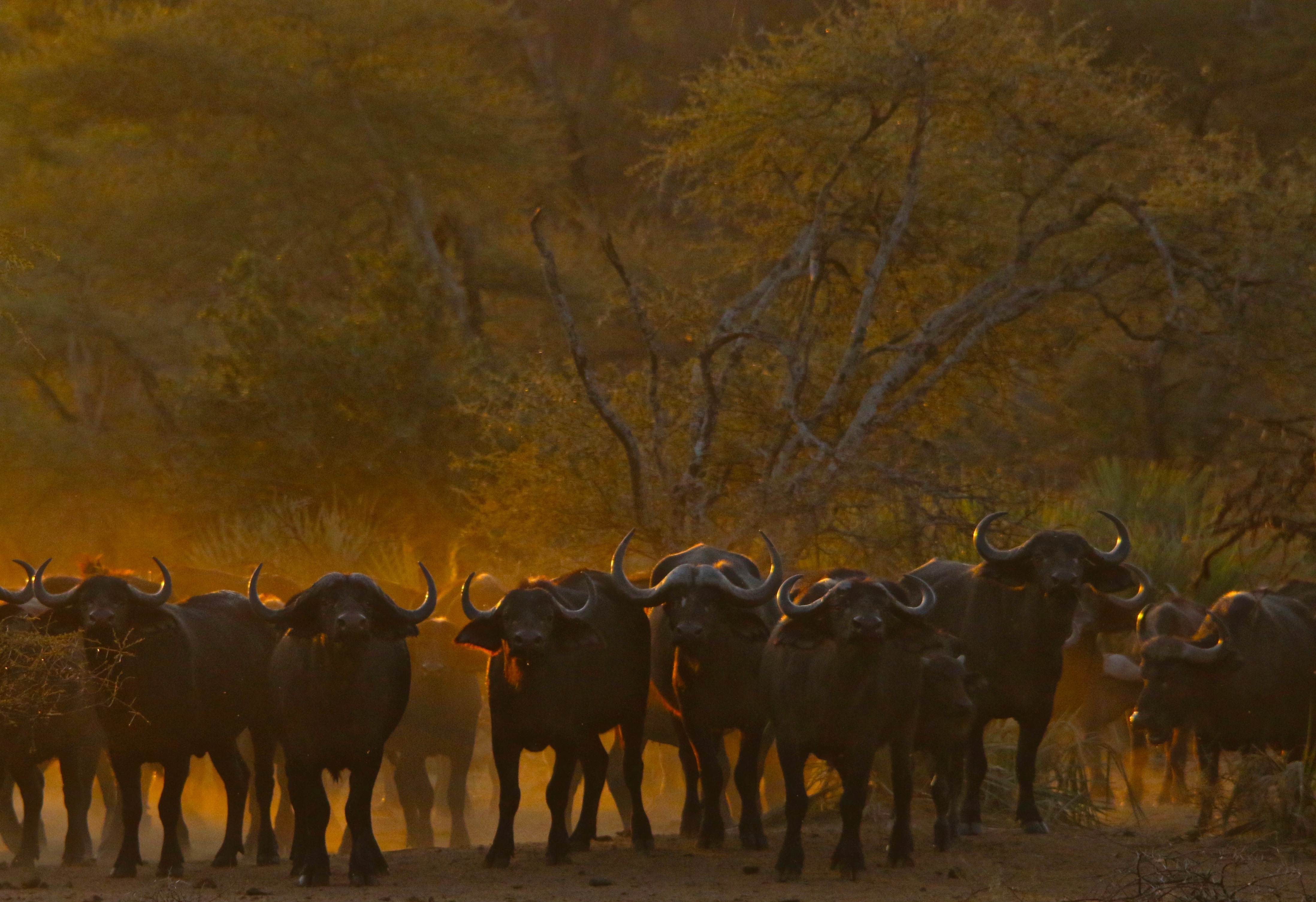 As expected, once again we had an excellent season in this magnificent area both with exceptional dangerous and plains game hunting.

LION – 8 trophy male hunts were conducted and all were successful on outstanding maned lions. The BVC got the trophy award for largest lion taken in Zimbabwe for the year. Without a doubt this area will remain the finest destination for wild lion hunting in Africa for many years. All our lioness hunts were 100% successful too and due to the over population of lions here we want to increase the lioness quota to 20 animals for the 2013 season.

BUFFALO – Our 65 buffalo bull hunts were also 100% successful with many very good trophies taken. 27 buffalo of over 40″ were taken, the widest bull was 47 1/2″ and another bull of 45″ scored 134 7/8″, which makes it the new no. 9 in the current SCI record book. This buffalo got the trophy award for best buffalo taken in Zimbabwe for the 2012 season. Tanzania has a reputation for large buffalo but I doubt any area there can boast such high and consistent trophies.

Due to the healthy increase of our approximately 3 1/2 thousand buffalo population we are looking at increasing our quota to about 85 bulls for the 2013 season. Instead of cropping more trophy quality bulls we are offering reduced buffalo price hunts on non trophy bulls (35″) for the 2013 season. This is to work in with our management program of ensuring that our trophy quality will only get better. Existing booked clients from the 2013 season will also be offered the opportunity of taking a second buffalo on their hunts at $7 000.

LEOPARD – The BVC had a very high success rate on the 20 leopard hunts conducted with many very large toms taken. Most of these hunts clients actually had a choice of numerous large cats on baits. The award for largest leopard taken for the year was also given to us, as with most previous years.

ELEPHANT – The 2012 season saw the start of the BVC cropping non trophy elephant bulls of under 25 pounds of ivory per side. As elephant hunting goes these hunts are very inexpensive and offer the hunter all the excitement of an elephant bull hunt. Due to vegetation damage we are upping the quota for these hunts to 10 in the 2013 season. For anyone wanting to experience the ultimate thrill this hunt is a must.

PLAINS GAME – All sable, nyala hunts were 100% successful and the general bag of all other species was excellent. I doubt clients could experience a better free ranging plains game hunt anywhere in Africa, especially amongst vast numbers of the Big 5. From the 2013 season we will offer Gemsbok hunts on only a trophy fee basis. A National Parks permit of $400 must be obtained prior, regardless if the animal is shot or not. The BVC is the only area in Zimbabwe where Gemsbok can be hunted.

GENERAL – Due to the popularity of this top class concession all our lion, leopard, sable and nyala are sold for the 2013 season. It is recommended that anyone wanting these species books way ahead to secure such hunts. A limited number of non trophy elephant, buffalo, lioness and plains game hunts are still on offer for 2013. Lastly, I challenge anyone that can state that they have hunted a better all round area in Africa.